Road Names of Beaconsfield - where do they come from? 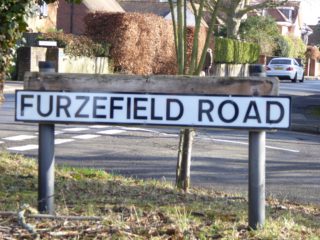 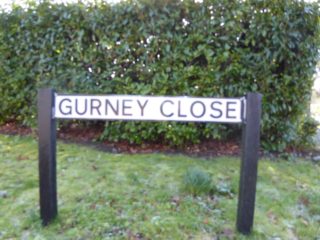 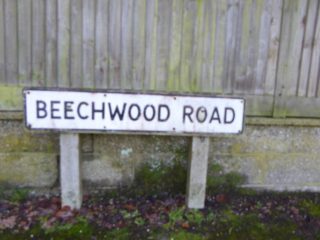 Names were originally given to roads as a guide for travellers as to which route they should take to reach their destination from Beaconsfield, such as to London or to Oxford, or more locally to Aylesbury, Amersham, Hedgerly, Penn, Windsor and Wycombe.   Hence we have roads known as  London End, Aylesbury End, Wycombe End, Windsor End,  London Road, Oxford Road, Amersham Road, Penn Road, Forty Green Road and Hedgerley Lane    As the population increased and the town expanded, more houses were built in new roads and it became necessary for these to be identified.

What names to use? Look at the Tithe Map!

The Wooster family of Seeleys Farm are remembered by Wooster Road, as are the Lake family and the Rolfe family with Lakes Lane and Rolfe Close.  James and William Gurney, who developed the Burke’s Estate, have Gurney Close named after them.  Quakers Thomas Ellwood and Isaac Pennington are commemorated in Pennington Road and Ellwood Road although Ellwood probably had little affection for Beaconsfield having been arrested by the Beaconsfield watch whilst walking home from Chalfont St Peter.  He spent the night in detention and was released the next day.   It could be thought that that Hampden Hill is named after John Hampden, cousin of Edmund Waller, but in actual fact it is a subtle play on the name of the architect’ who designed the houses on Hampden Hill.  Her name was Mary Christian Hamp.  Christian Hamp (as she called herself professionally) was the daughter of the noted architect and Beaconsfield resident Stanley Hamp.   More recently, Alastair Mews is named after Alastair Dyer, a former Councillor and erstwhile mayor Elsie Barton has given her name to Barton Drive.

Enid Blyton was a Beaconsfield resident and her house, Green Hedges, stood where Blyton Close is now.  G.K.Chesterton lived in Grove Road and is remembered by Chesterton Green.  Alison Uttley and Terry Pratchett have yet to have any roads named after them.  However, newspaper man  J.L. Garvin who edited the Observer newspaper is commemorated by Garvin Avenue and Garvin Mews.

Some roads have changed their names.  Ireby Crescent, named by James Gurney after his grand Cumberland Estate bought with the proceeds of the development of the Burke’s Estate, was re-named Beechwood Road which is much more relevant to the area.  Holtspur used tree names to name its new roads including  Cherry Tree Road, Chestnut Road,  Crabtree Close, Mayflower Way and Rowan Close.  Incidentally, the roads so named were lined with trees of the same name.  Another new area simply used compass points, North Drive, South Drive, South Way, East Way and West Way.

And finally, Jack Shrimpton was a very successful highwayman from Penn who terrorised travellers on the London to Oxford Road.  He was hanged in 1713 but is remembered in Beaconsfield by Shrimpton Close and Shrimpton Road.  His notority lives on!