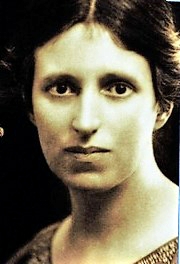 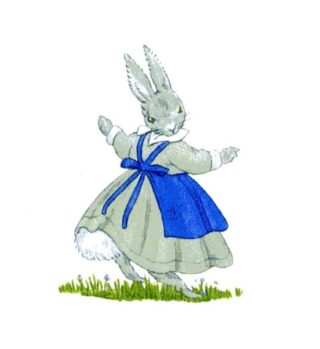 It is sad to note that our town has few, if any, reminders of Alison Uttley, one of Beaconsfield’s many famous authors, who lived here from 1938 to 1976.

Alison was born in 1884, at Castle Top Farm in Derbyshire. A bright scholar, in 1906 she became one of the first women to graduate from Manchester University with a degree in physics. She went into teaching but, widowed early and with a young son to support, she turned to writing. Her first book for children, ‘The Squirrel, the Hare and the Little Grey Rabbit’ was published in 1929. It was the first of what was to become a world-famous series of charming country tales.

Alison moved to Beaconsfield in 1938, the same year as Enid Blyton. (Unfortunately, she took a great dislike to her fellow author, whom she called a ‘vulgar, curled woman’.) Her house, which she named ‘Thackers’, still stands today in Ellwood Road. She lived there until her death in 1976, and is buried in Penn churchyard. Her headstone bears the simple but telling phrase: ‘Spinner of Tales’.

Alison wrote over 100 books, most of them for children. Her works for adults include the famous semi-autobiographical ‘The Country Child’, ‘Ambush of Young Days’ and ‘A Year in the Country’, all drawing on her deep love and knowledge of the countryside. In 1939, she also published a popular historical novel, ‘A Traveller in Time’.

This article was written as part of “Alison Uttley Week” which took place in July 2017 organised by The Beaconsfield Society.

Kari Dorme is a volunteer for the Beaconsfield & District Historical Society Archive Group.

Other information regarding Alison Uttley can also be obtained from: