Lord Reith of the BBC 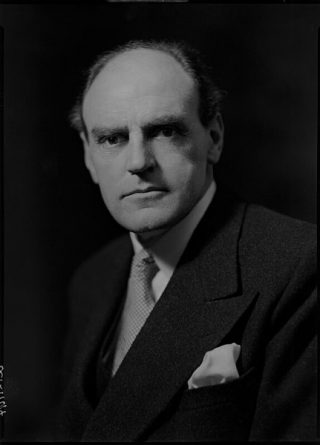 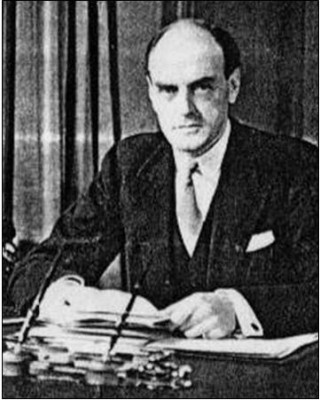 For many years Reith and his wife lived at Harrias House (at the end of Lakes Lane) where their two children were born – Christopher in 1928 and Marista in 1932.

John Reith’s parents, the Reverend Doctor & Mrs. Reith, were so busy looking after their church of Scotland congregation – and breaking away to form the Free Church of Scotland – that they neglected their ten children.  Reith was the youngest by ten years and had no love or attention as a child.  He attended Gresham’s School in Holt, Norfolk and declared “I am not going to be a mediocrity”.  After school he did a 5 year apprenticeship at Hyde Park Locomotive Works in Glasgow.

Early in the First World War Reith joined the 5th Scottish Rifles.  He refused to live with his mates in the trenches but insisted walking up at ground level.  This insane bravery made him and easy target and he was shot and half his face blown away, leaving a heinous scar.  He received psychiatric treatment, but suffered suicidal depression for the rest of his life.  There was a repressed homosexual streak; he fell in love with a 17-year-old boy, Charlie, who [he said] had “awfully pretty eyes”.

In 1921 Reith married Muriel Odham (of the Odham’s Press publishing family).  He neglected her and, when asked why he had married her, replied that it was because a colleague had his eye on Muriel, and he decided to beat his colleague and win her himself.

Career at the BBC

In 1922 he answered an advertisement in the Morning Post for the position of general manager of the newly invented BBC (British Broadcasting Company) and was accepted, starting work immediately.   There were no programmes, no staff, no airtime above the half hour per week allowed by the Postmaster General.  There were no wireless sets on the market – DIY enthusiasts had to make their own.  However, Reith was in his element; he was the right man at the right time.  He was convinced that the Almighty was at his side supporting the objectives of broadcasting; to educate, inform and entertain. He fought to maintain the independence of the BBC, especially during the General strike of 1926 when he came into conflict with the government by reporting both sides of the strike. In 1927 the BBC became the British Broadcasting Corporation created under a royal charter with a Board of Governors and Reith as Director-General.  Reith was knighted the same year.

In 1938 Reith left the BBC to manage Imperial Airways because he felt that he was no longer being “stretched”, but afterwards seemed to regret it.  In 1940 he became an MP, was two years in the Cabinet at the Ministry of Information, then Ministry of Transport and later at the Ministry of Works.  He was raised to the peerage as 1st Baron of Stonehaven in the County of Kincardine.  During 1943-4 he organised the logistics for the allied invasion of occupied France.

He kept a list of Hated People;  Churchill was always at the head, followed by Mountbatten and his son-in-law, Murray Leishman, husband of his daughter Marista. Churchill called him “old Wuthering Heights” (Reith was 6’6″ tall).  Reith wrote to Churchill as “someone you broke and whose life you ruined”.  He wrote about himself saying “Nobody knows how far I’ve failed; what I was capable of compared with what I’ve achieved is pitiable”.

The BBC celebrated its Centenary in 2022.