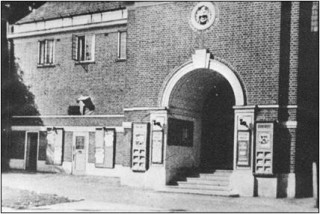 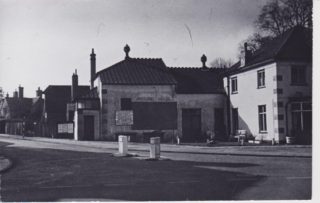 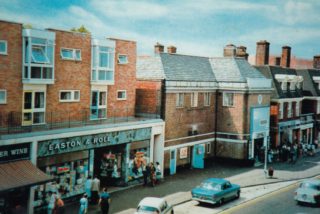 The Picture House, later known as The Chiltern, situated in Beaconsfield New Town, opened on the 15th September 1927.  Land had been acquired for building a cinema earlier in the year and it took six months to build.  Designed by Leathart and Granger of London (who were noted architects of many cinemas in the provinces), and built by Wrights of Great Missenden, it was owned by the Cheshire family, who also owned The Playhouse cinema in Gerrards Cross.  The first film to be shown was “Mare Nostrum” staring Alice Terry and Antonio Moreno.  It was a silent film – The Jazz Singer, the first “talkie” was not released until later that year.

Prior to this, Beaconsfield residents were able to see films at Burkes Hall, incidentally, also owned by the Cheshire’s.  This Hall was known, eventually, as the Old Silent Picture House and stood at the corner of Burkes and Gregories Road (where Cardain House and Costa is now).  How often films were shown there is unknown, but in 1921 a second projector was purchased to facilitate the showing of long films, so filmgoing must have been popular.  However, it was decided that a purpose-built cinema was needed in the town and The Picture House fulfilled this requirement.

The Picture House could initially seat 500, but this was later reduced to 486.  As technology advanced, and screens became larger, in 1955 the capacity was further reduced to 376 which enabled the showing of “Cinemascope” (wide screen) films, the first one shown being “Cockleshell Heroes”.

In 1961 the Picture House was acquired by the Beaconsfield Town Council for the sum of £29,000 and, in 1963, it was closed for extensive modernisation.  This modernisation, which included complete refurbishment of the foyer, entrance hall as well as a new larger stage, space for an orchestra if required, dressing rooms and new facilities for audience and artists, also included a new name – The Chiltern.  The Chiltern would not only show films but would also be used by the Beaconsfield Theatre Group and other amateur organisations.

The refurbished Chiltern cinema re-opened on 18th November 1963 under Mr Arthur Leah, Manager.  Richard Baker, the late broadcaster and newsreader, attended the re-opening with a film crew and there was extensive local publicity.  The opening film shown was the blockbuster James Bond’s “From Russia with Love”.    The cinema finally closed its doors on Friday 29th September 1989 after operating for over 60 years despite a spirited campaign by residents to prevent this happening.  The final film shown was “The Three Fugitives”.

In 1994 the site was sold for £335,000 to Grove Court Properties by the then owners South Bucks District Council, in order to help fund the building of the Beacon Centre in Holtspur.   It is now (2019) a restaurant.