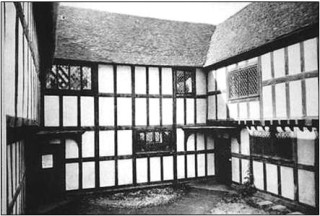 The Old Rectory showing the square courtyard and overhanging wings. 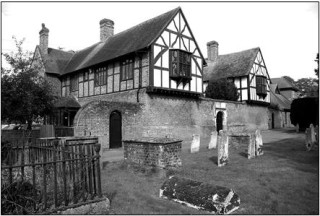 The Old Rectory taken from the south east in 2007

The Old Rectory has a long history.  Part of the building dates back to the thirteenth century, evidenced by three niches in the main hall,  and it is believed to be part of an original mediaeval building, a ‘cell’ or sub-priory of the nunnery at Burnham Abbey , itself built in 1266.

The three wings, situated around a square courtyard, with overhanging upper storey rooms of timber and plaster as well as stone fireplaces and oak doors, are believed to date back to 1534.  This is when the existing building was built as a parsonage house by the then rector, Richard Rawson, .  Careful renovations over the years have preserved this historic building so it is little changed in appearance.

The Old Rectory remained in use as the rectory until 1868, after which the rectors lived in Hall Place.   For many years after the rectors left, the Old Rectory was used as the Parish Hall and accommodated the curate and others.  In 1999 it was refurbished and let as offices on a 199-year lease.  In 2018 it  was converted into residential apartments.