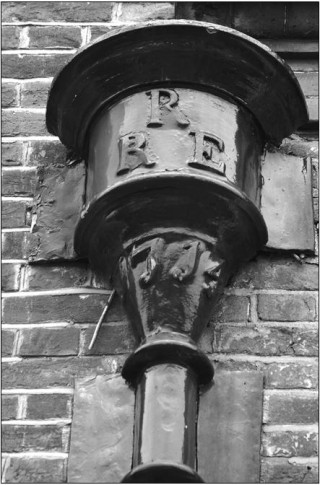 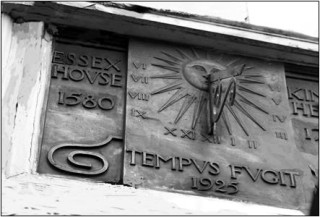 The King’s Head was another ancient inn in Beaconsfield which went out of business in the late 18th century.  Reference to a King’s Head was first made in the will of John Gardner, a grocer from London, who in 1507 bequeathed to William Barton, ‘all his household stuffe in Kingshede, Beknesfeld’.  However, there is some doubt as to whether this is the same King’s Head’s as that later described as a coaching inn in London End, the deeds of which only go back as far as 1658.  In this year Michael Rutt bought two houses and converted them into an inn with a coach entrance created between them.  Ten years later he gave the inn, now known as the King’s Head to his son Lawrence who had previously occupied The Crown on the opposite side of the road, and it remained in the hands of the Rutt family until 1730.

The inn consisted of two timber framed buildings which were re-fronted with a brick façade and sash windows by Richard Rutt, the Elder in 1714.  When the inn was sold in 1730 there followed a succession of owners until 1776 when Matthew Davis, the last innkeeper, sold the building to Edmund Basil of Wilton Park.  In its heyday the King’s Head played an important role in the coaching history of Beaconsfield, evidenced by an inventory in 1776 which stated there were six stables and even a ballroom.

The sale of the inn in 1776 subsequently led to the subdivision of the building into two private houses, the western part being bought by Robert Charsley, a solicitor, and the eastern portion by John Anthony, a draper.  Matthew Davis moved down the road to part of the former Swan inn, which by then had been converted into shops.   During the 19th century the house to the west of the coach entrance became known as Essex House, but by 1929 it reverted to its old name of the King’s Head with the name still appearing above the front door today.  Further evidence of the inn’s history can be seen if one looks closely at the drain head near the original archway where the initials RRE 1714 – Richard Rutt, the Elder are inscribed.  There is also a sundial, largely hidden by a tree, bearing the dates 1580, 1714 and 1925 with the caption ‘Tempus Fugit’.  Unfortunately the origin of this sundial is unknown, although the date 1714 obviously has significance.  Today both houses are occupied by offices.