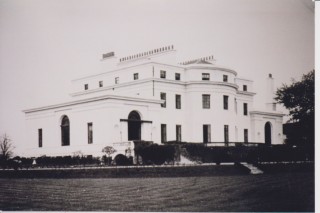 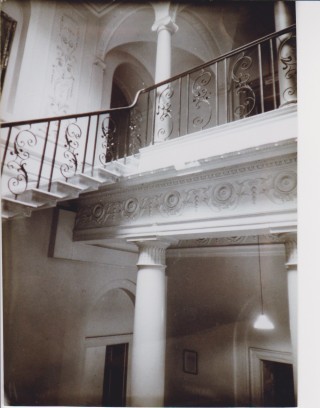 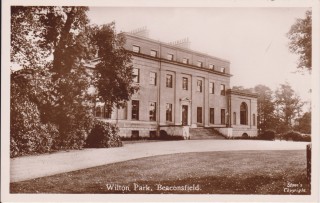 Wilton Park, the third of Beaconsfield’s great estates to the north east of the Old Town, got its name from the de Wheltons who leased the estate from the monks of Burnham Abbey in 1291. The de Wheltons may have come originally from Whilton in Northamptonshire, but this is conjectural. The estate passed through various families until 1624 when it was owned by Ralph Smythe who sold it to Anne Waller who also owned Hall Barn and Gregories. It remained in the hands of the Waller family for 78 years, till 1702, when they sold it to the Basill family. It was, by then, called Whilton Park.

The Basills had a house built on the estate in the early eighteenth century, possibly on the site of a cell of Missenden Abbey and it was probably extant when Josias Du Pré [the accent was dropped by later members of the family] bought the estate sometime in the decade 1760 to 1770. The estate would remain in the Du Pre family for the next 170 years.

Josias Du Pre had retired not long before from the service of the East India Company, during which he had become Governor of Madras. He brought with him an ample fortune, and began to build on his new estate a grand house (The White House) designed by Mr Jupp who had worked with him, as Surveyor, in the East India Company. The house had not been entirely completed before the death of Josias in 1780, but was finished by his widow, Rebecca. Lipscombe, in his History and Antiquities of the County of Buckinghamshire, published in 1847, is very derogatory, referring to Wilton Park as ‘… an inferior manor, situated within the Parish and Manor of Beaconsfield, but paying suit and service to the courts of the Paramount Manor …’. [i.e. Hall Barn].

Josias was succeeded by his two year old son James, who was to hold Wilton Park until 1870, a period of ninety years. It was James who bought Gregories from the widow of Edmund Burke, and also changed the route from Seer Green to London End, which passed in front of the house, by constructing Potkiln Lane, a completely new road. This accounts for the road being straight for most of its 1.5km length, unlike many local roads derived from country lanes. James was succeeded by his son, Caledon George Du Pre, MP, who was squire from 1870 to 1886, and has his name remembered in Caledon Road. Caledon Du Pre had no male progeny, so the estate passed to his great nephew William Baring Du Pre, at the age of eleven.

There were huge celebrations in Beaconsfield when William Baring Du Pre turned twenty one in 1896 and succeeded to the inheritance of the Wilton Park Estates, something that is unimaginable to us today. The whole town turned out to welcome him as he made his entrance into his new home and, according to a report in the South Bucks Free Press the “roadway was extensively lined with streamers and flags; an evergreen arch was erected at the Wycombe end of the town and this bore the word WELCOME in conspicuous letters”. Having arrived by carriage with his mother from Wooburn Green Station (Beaconsfield was yet to have its own station and accompanying New Town) he was met by a number of sons of tenants who pulled the carriage in place of the horses whilst surrounded by cheering inhabitants. The church bells were ringing and cannons were fired in Wilton Park to mark the event. The celebrations carried on into the evening when the townspeople were entertained by a huge bonfire and firework display. The Reverend G A Cooke, rector of St Mary and All Saints church, mused that “An event of this kind does a great deal to cultivate good relations between landlords and tenants, rich and poor….”

William in fact did not stay long at Wilton Park and let the house from around 1903 onwards. He pursued a military career, travelling extensively and serving in the Boer War and the First World War. He cashed in on the development bought by the railway and as well as giving his name to Baring Road, where building plots were sold from 1905, in 1907 he sold 293 acres of Gregories Farm for development.

In 1925, the Victoria County History described Wilton Park as “a large estate lying to the north-east of the town of about 400 acres. The house is an early Georgian building said to have been restored at a later period by Adam, and consists of two stories and attics with basement. The entrance front is embellished by flat pilasters rising to the height of both stories, above which is a deep moulded cornice. All the rooms are lofty, the entrance hall being a large square space, the ceiling of which is supported on columns, and the library, reached through a room to the left of the hall, extends the full width of the house. The old stables adjoining the house form a long line of picturesque brick buildings of two stories with a tiled roof, and have a wide central archway, over which is a small square clock tower. In the park is a tumulus known as ‘The Mount.’”

William died in 1946 leaving two daughters and the ownership of Wilton Park went to a nephew, subject to the interests of William’s daughters.

The army takes over

By this time, Wilton Park, like many other estates had been leased to the War Office. During the war it was used as a reception and interrogation centre for high-ranking German offices. After the war it became the Army College of Military Education. In 1950 negotiations for the purchase of part of the estate by the War Department were put in hand resulting, in 1967-8 in the demolition of the White House and the construction of army buildings including the tower block.