Spitfire pilot during the Battle of Britain; Author of “ The Last Enemy”; One of the original “Guinea Pigs 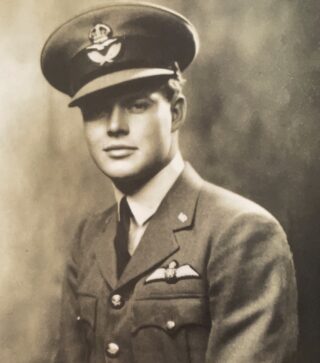 Richard Hope Hillary was a spitfire pilot during the Battle of Britain, with 603 City of Edinburgh Squadron until he was shot down north east of Margate on the 3rd September
1940. Whilst trying to abandon his stricken aircraft, Hillary was badly burned by fuel from his holed petrol tank, but managed to parachute into the sea.  Luckily his descent was spotted by observers and he was rescued by the Margate Lifeboat.  A long period of convalescence followed along with many operations to rebuild his badly burned face and hands, using pioneer techniques developed by plastic surgeon- Sir Archibald McIndoe at the Queen Victoria Hospital, East Grinstead.

Richard Hillary was educated at Shrewsbury School and later at Trinity College, Oxford, returning to the family home in Beaconsfield for the holidays where he had many friends. Of note is that he wrote one of the finest accounts about serving as a combatant during the Second World War which was published under the title of “ The Last Enemy”, to wide acclaim in 1942.

Sadly Hillary did not survive the war, being killed in an accident flying a Blenheim Mk V, twin-engined aircraft from RAF Charterhall, in the night of 8th January 1943, aged just 24 years old.  His epitaph and title of his book came from the book of Corinthians XV26…..
”The last enemy that shall be destroyed is death”