You are here: Home>New contributions>Life at THE SWAN, Beaconsfield in 1900-1940 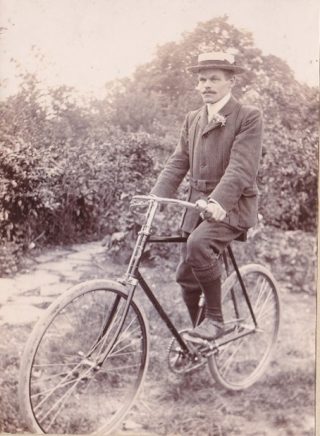 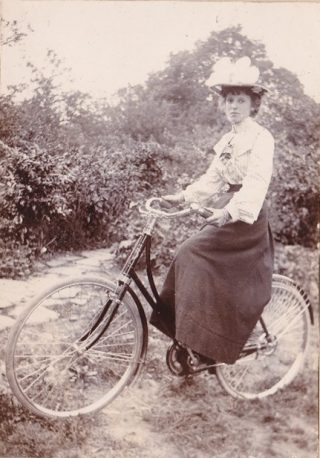 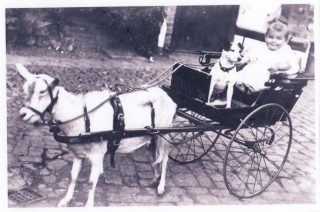 Terry Marsh’s grandfather was Dick Hinton.  Terry has bought together some of his family’s history to show what life was like in Beaconsfield in the early part of the 20th century.

Dick Hinton belonged to a family of publicans managing a number of hostelries across south Bucks and Oxfordshire. He moved to Beaconsfield around 1900 initially to manage the Prince of Wales Ale House in Wycombe End.  In 1914 he graduated to the Swan in London End where he presided over a veritable menagerie: a pack of dogs, a horse or two, a goat (used to pull a small cart) delivering beer and, on occasion, milk to local households; prize-winning Guinea Pigs and Rabbits and an Owl permanently resident in the garden. In the bar itself regulars were entertained by a tame squirrel, a ‘chuck’ (chicken-duck hybrid – a valuable asset back then) and a Macaw which learned to mimic the dogs’ names – resulting in periodic mayhem.  Dick Hinton’s knowledge of animal behaviour and expertise in treating ailments was widely recognised, allowing him to act as an informal vet for much of the Old Town.

Commercially, the Swan thrived throughout the 1920s with business particularly heavy during the annual May Fair which was then organised and supervised by the Beech family with whom Dick was well acquainted.  As a consequence, the Hinton children benefitted from free access to most of the rides.

A rise of over 80% in Beaconsfield’s population between 1911 and 1931 contributed to increasing trade for many hostelries in the town but the burgeoning film industry, both in and around Beaconsfield, brought particular benefits to the Swan – contributing to its designation as a small hotel with Emily (Dick’s wife) supervising the catering. Dick’s son Arthur operated a taxi service from the Swan with a clientele increasingly dominated by the needs of the Film studios in Station Road – the Swan became a watering hole for many of the actors and technicians some of whom roomed there.  One consequence was that Mollie, Dick’s youngest daughter, was often invited – commonly accompanied by several dogs – to feature in walk-on parts or in crowd scenes filmed at the studios.

One particularly notable visitor to the Swan was Paul Robeson who spent time in Beaconsfield during the filming ‘Sanders of the River’ (1934/35), produced and directed by the Korda brothers mostly at Denham Studios but a pioneering departure was the inclusion of location material shot in Nigeria (a youthful Jomo Kenyatta was among the extras).  The film won wide popular acclaim but was justifiably disowned by Robeson when he discovered that post-production editing (opinions differ as to whether some of this was undertaken at Beaconsfield Studios) gave a strong imperialist slant – probably to enhance audience appeal in the UK and USA – to what he had been led to believe would be a sympathetic and realistic portrayal of African history.

A couple of years later Sabu, the young star of the ‘Elephant Boy’ (and, later, ‘The Thief of Baghdad’) again largely filmed at Denham, became acquainted with the Swan (not as a drinker) when, between filming sessions – and escaping from his temporary schooling in Beaconsfield – he would cycle around the Old Town on a brand-new bicycle attracting the interest and irritation of many young lads who had to make do with bikes of a much older vintage.

With less studio activity as World War II approached, the Swan’s trade declined significantly and tensions in the family culminated with Dick Hinton’s departure and the brewery’s decision to transfer the Swan’s tenancy to the Gaskin family in 1940.