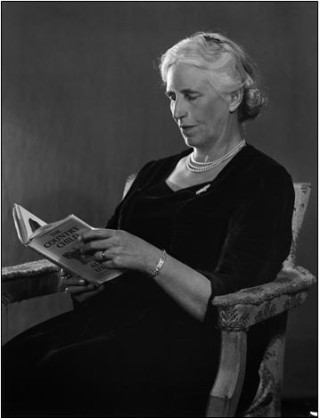 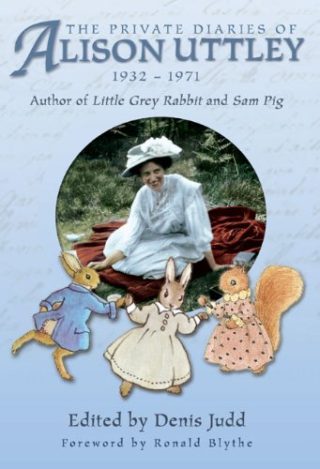 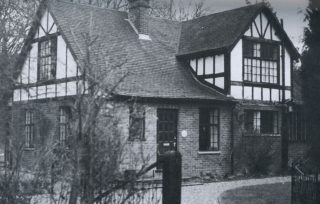 In 1938 Alison Uttley of “Little Grey Rabbit” fame made her home at ‘Thackers’ in Ellwood Road named after the Tudor house in one of her books.

Alison had been only the second woman to graduate with honours in Physics from Manchester University and commenced writing when widowed to support her son and herself. Although her earliest work was for [young] children, she later wrote for older ones and adults.  In doing so she reflected her love of rural topics and the observance of county lore. Thus she would save herself from misfortune upon meeting a single magpie by bowing and greeting it courteously.

“A Year in the Country”was a diary of the Buckinghamshire countryside.  It started in December when she walked through the cherry orchards, perhaps of Seeleys as she wrote of their great trees decaying as their survivors still do today, to collect leaves and berries from beech woods around Forty Green for Christmas decorations.  To country folk the weather is important and so at  the commencement of January she quoted ancient Buckinghamshire folklore: ”If the Kalends of January be smiling and gay/You’ll have wintry weather till the Kalends of May” – ancient indeed as for the Romans the calends were the first three days of the month and gave us our word calendar. The last three days of March, she wrote, were borrowed from April and proverbially have bad weather.  Thus the saying “As many mistises in March, so many frostises in May’ foretold [that] the dates of mist or fog in March would be the same as those of frost in May.  Figs were eaten on Palm Sunday which was called ‘Fig Sunday’.   Dialect words she heard included children ‘doufting’ or paddling in the brooks at Chesham.

She wrote of the custom of bakers and confectioners putting bunches of snowdrops among their goods and of birds, such as the cuckoo and wryneck, being familiar as visitors to her garden but to us are endangered species. She wrote of men thatching and women keeping themselves warm with a ‘Chaddy pot’ whilst they made pillow lace or plaited straw for hats.

This is an abridged version of an article written for Beaconsfield’s Heritage series of articles.